Posted on April 3, 2017 by coverackjujitsu

It was a sunny week in August 2016, when the sleepy Cornish fishing village of Coverack unknowingly hosted some of the worlds greatest martial artists!

This year would be the biggest and best yet, with some incredibly talented people agreeing to come and share their knowledge with our little corner of the world.

Here’s how our weekend went…

Kicking off  our weekend of training was Master Clive Harrison – a Tae Kwon Do 8th Dan who has over 40 years experience in martial arts and has helped over 400 students achieve their black belt.

Clive and his wife Rachel have supported every summer camp to date, and always manage to bring something new to the mat.  They’re a much respected part of the Coverack Ju Jitsu family and we thank them so much for their ongoing support.

The sun was shining so training took place on the grass at Coverack Ju Jitsu dojo. 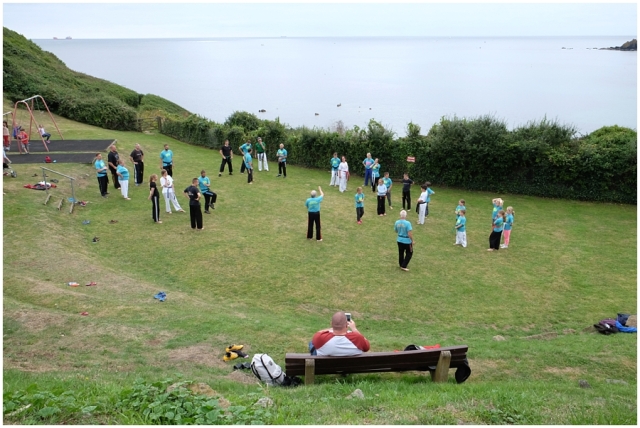 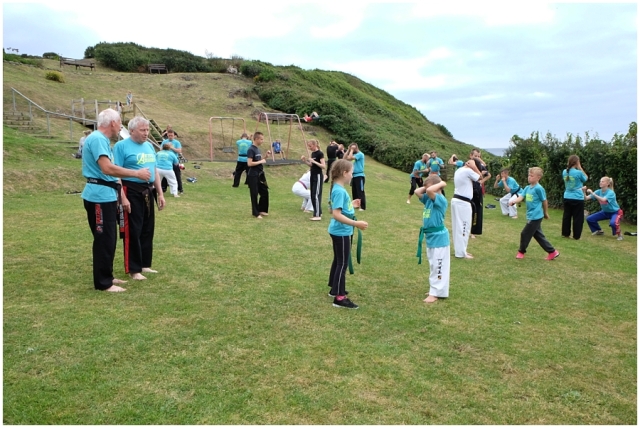 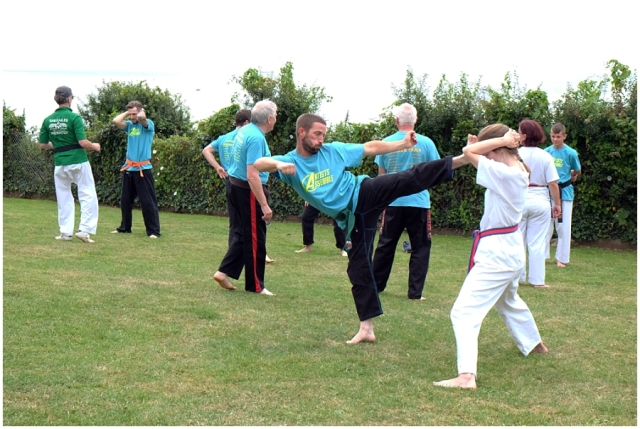 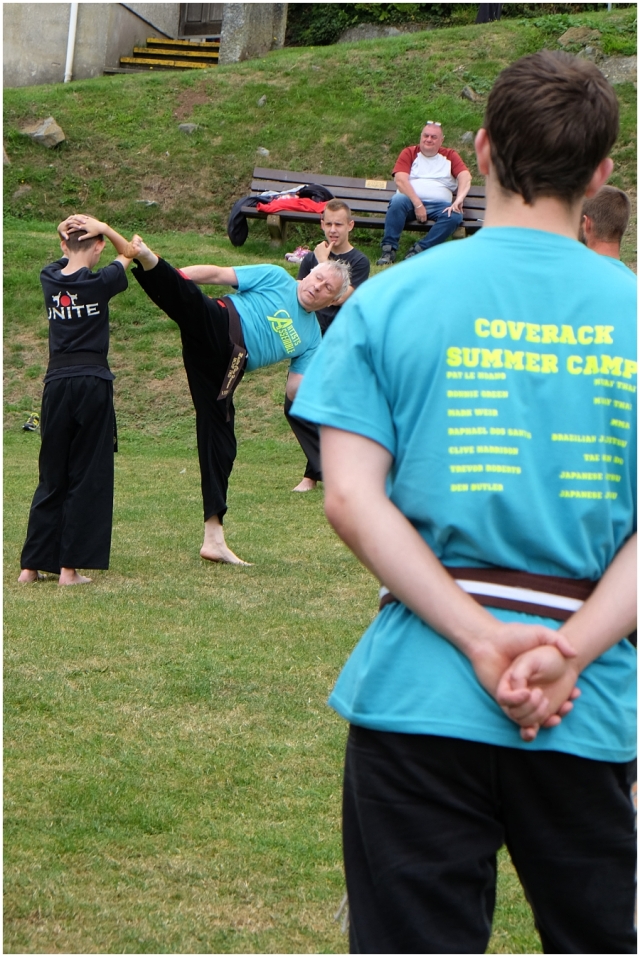 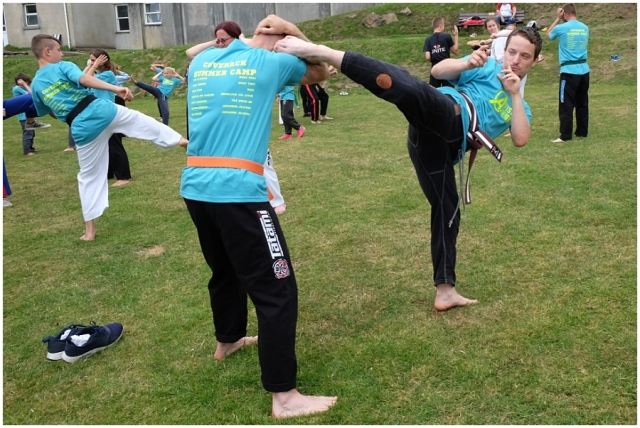 Grand Master Den Butler is a highly experienced martial artist with over 40 years training, starting out with Shotokan Karate and going on to train in Kodokan Judo, Goshin Jutsu, Iaido and Karate.

I’ve been working with Den for over 30 years. My number 1 supporter and always there for the club! 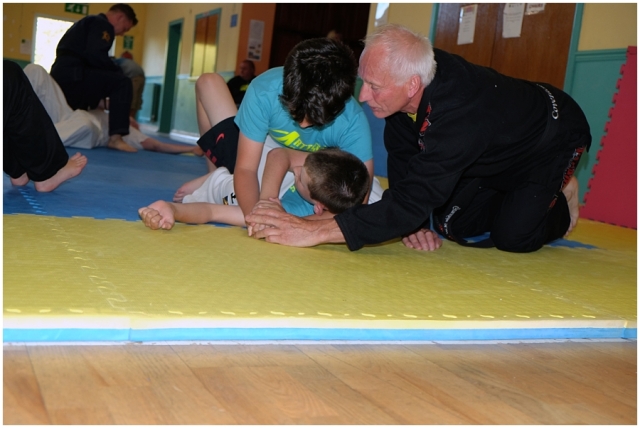 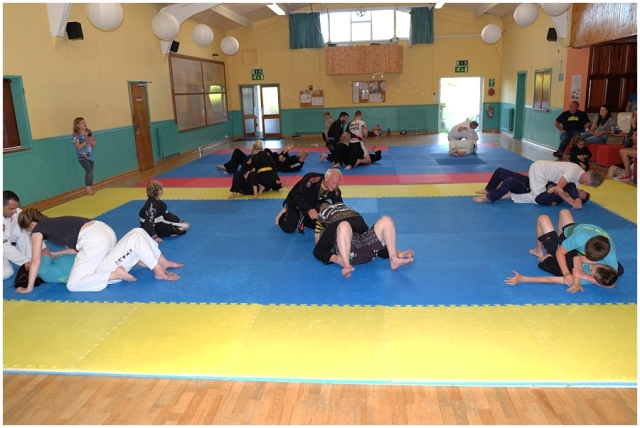 Muay Thai legends Pat Le Hoang and Ronnie Green were a huge part of this year’s summer camp – it’s hard to believe that such influential figures within martial arts could be so lacking in ego, so giving and so generous with their knowledge.

Their seminar had everyone completely in awe as they shared their insight into the gentle movement of Muay Thai, with Coach Le Hoang also doing some edged weapons work with the adults.

This was all a totally new experience to us here at Coverack Ju Jitsu and it was not only interesting to watch but an honour to have these martial arts greats sharing their knowledge with us.

Not only did they show up for seminars though, but we were incredibly lucky to have these guys with us for the week. They mentored Master Roberts, stayed in his home and joined us all around the camp fire.

It’s hard to believe that such influential figures within martial arts could be so lacking ego, so giving and generous with their knowledge, but it made sense that with the gentleness of their art, they really fit in with the Cornish pace of life. We look forward to welcoming them both back for years to come – not just as ouststanding mentors, but much valued friends. 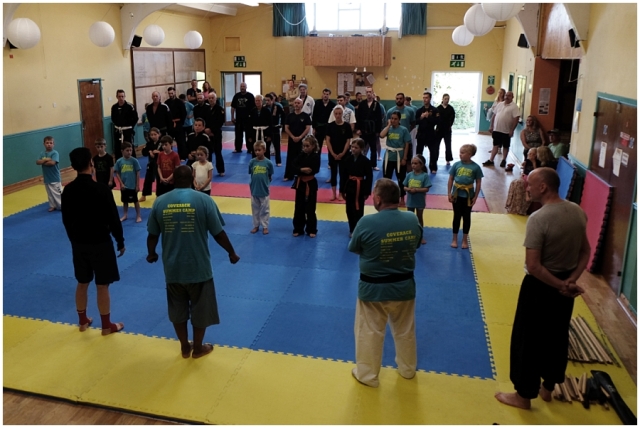 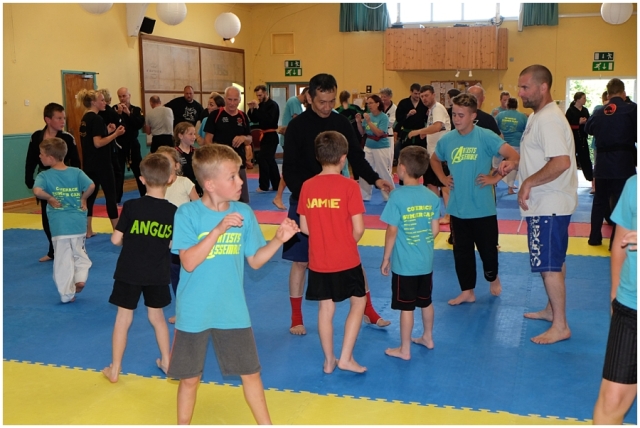 Raphael Dos Santos has over 30 years training under his belt, having started out with Judo and ten years later falling in love with Brazilian Ju Jitsu.

I have a great working relationship with Raph and enjoy going along to support him with his competitions. We’re honoured to have his support of the club. 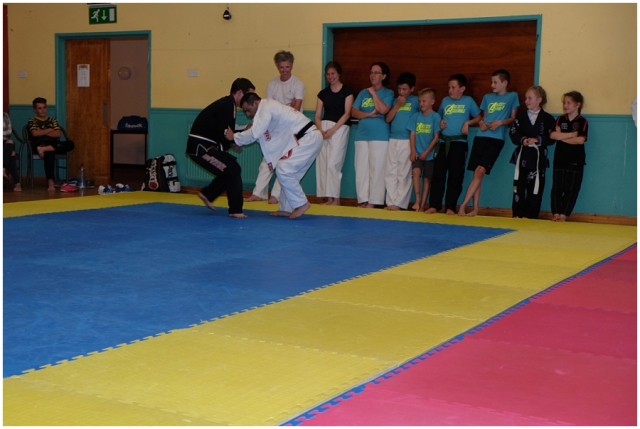 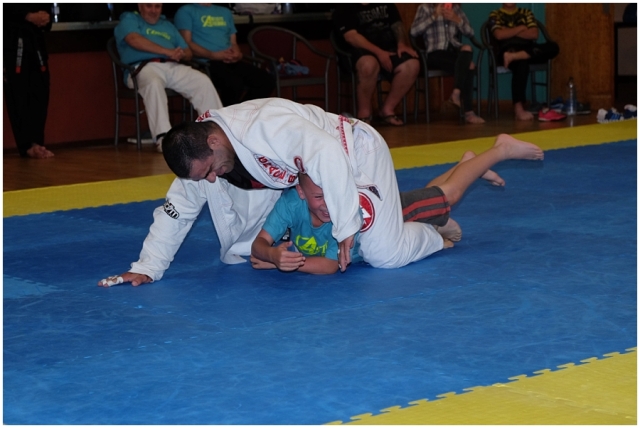 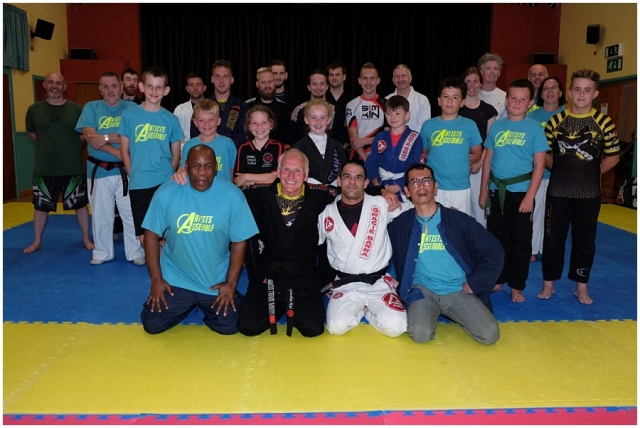 A highly experienced Mixed Martial Arts (MMA) fighter, Mark Weir has been ranked number 1 in the country since 1999 and is described as being ‘the most experienced active fighter in the UK’.

What more can you add to that?!

Mark is always supportive of summer camps and willing to share his skills – his enthusiasm is infectious and we can never get enough! 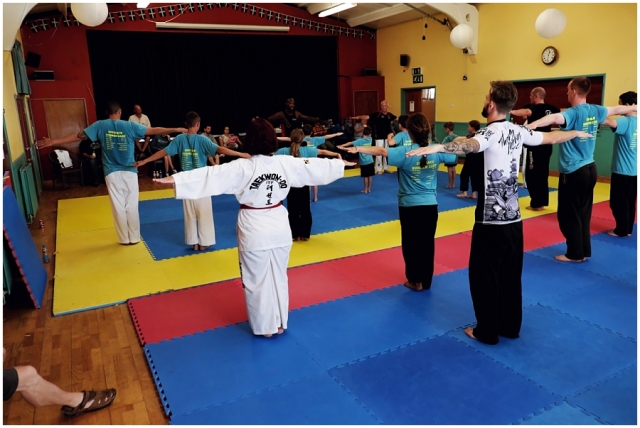 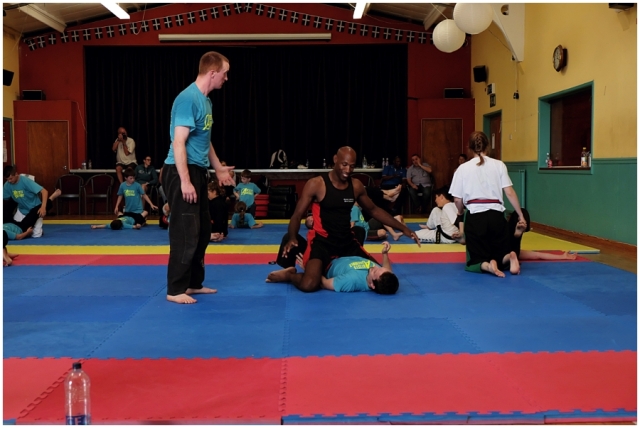 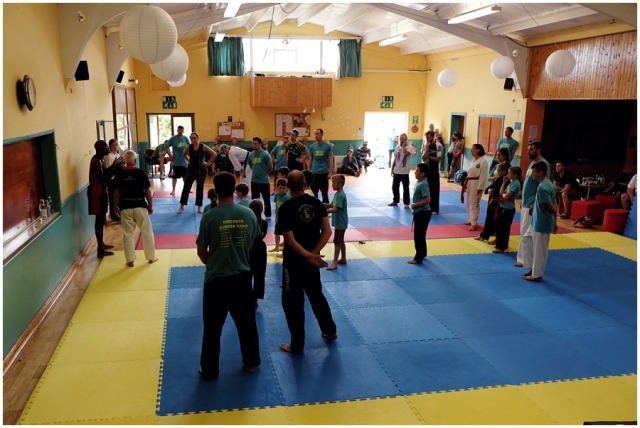 I hope this has given you a bit of a flavour of what goes on at summer camp. It’s a brilliant few days bringing together an awesome bunch of people.

As a club we’re always committed to building mutually beneficial relationships with other clubs. Sharing our knowledge and opening our minds to other disciplines is so valuable in our own individual martial arts journeys. We are always amazed and thankful for the others out their who share our way of thinking. It’s a pleasure to know and work with you all.

A special shout out too for Andy and Emma Tylor who went all out to give us a brilliant camping location AND the best BBQ in Cornwall! 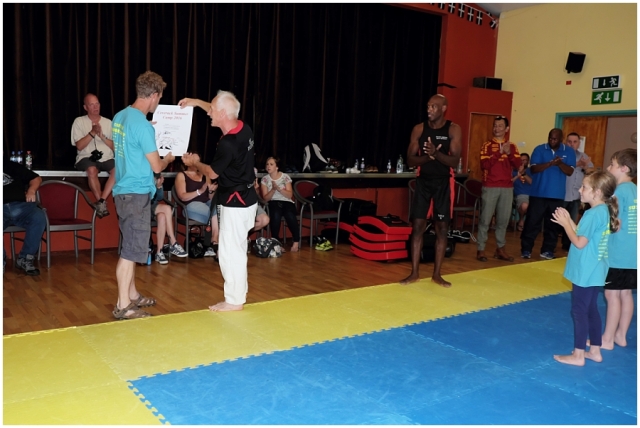 Finally, I can’t let this roundup go out without a big up to Sensei Gareth Smith – a fantastic martial artist and awesome friend. Our clubs work hand in hand, we support each other, train together and he even runs the club when I’m away!

If this has whet your appetite and you’re keen to get involved, fear not – plans for our 2018 martial arts get together are taking shape and looking amazing!

Keep your eye out for info as it becomes available – head over and hit like on our facebook page.

You can view and download the full gallery of photos here

This entry was posted in Summer Camp. Bookmark the permalink.